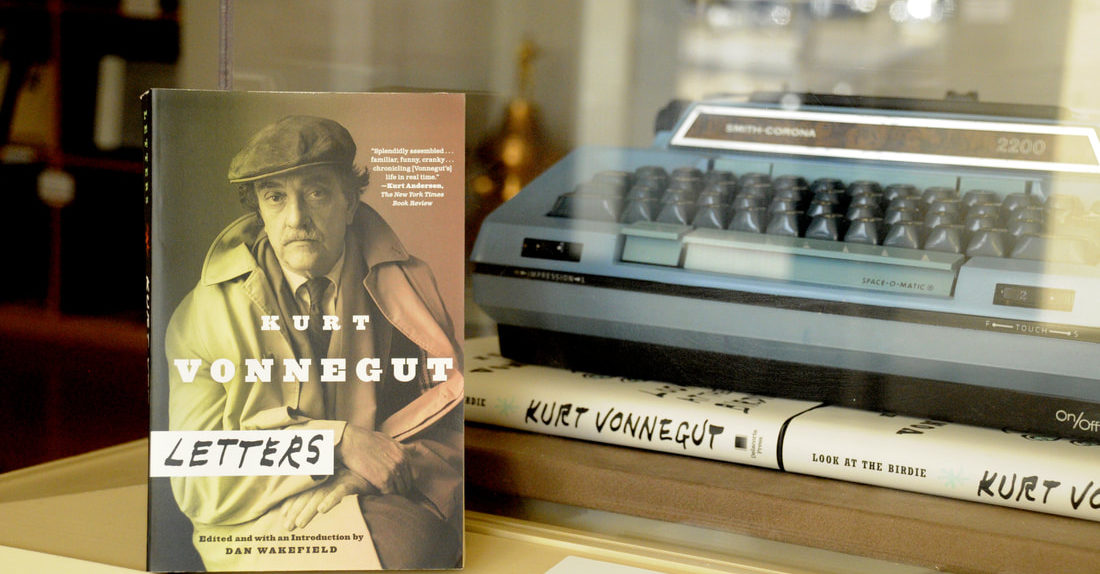 This post is sponsored by the Kurt Vonnegut Museum and Library. All opinions and photos are my own.
Is there someone on your gift list whose perfect present isn’t the latest gadget or a Black Friday doorbuster? Someone who’s often quoted as saying “The book was so much better than the movie!” and prefers the scent of paper and ink to the smell of an e-reader (mmm, mass-produced plastic!). Someone who values wit and irony and hometown heroes, someone who supports literacy and arts education, or maybe someone who just enjoys a good story. If you know of someone who falls into any (or all) of those categories, and you want to shop small this year, check out the Kurt Vonnegut Museum and Library in downtown Indianapolis.Even if you’re not immersed in the literary world, you might know Kurt as “that guy in the larger-than-life mural on Massachusetts Avenue.” His decades-long writing career makes him one of Indianapolis’ most famous contributions to the arts–but to me, Kurt was simply one of my mom’s friends. 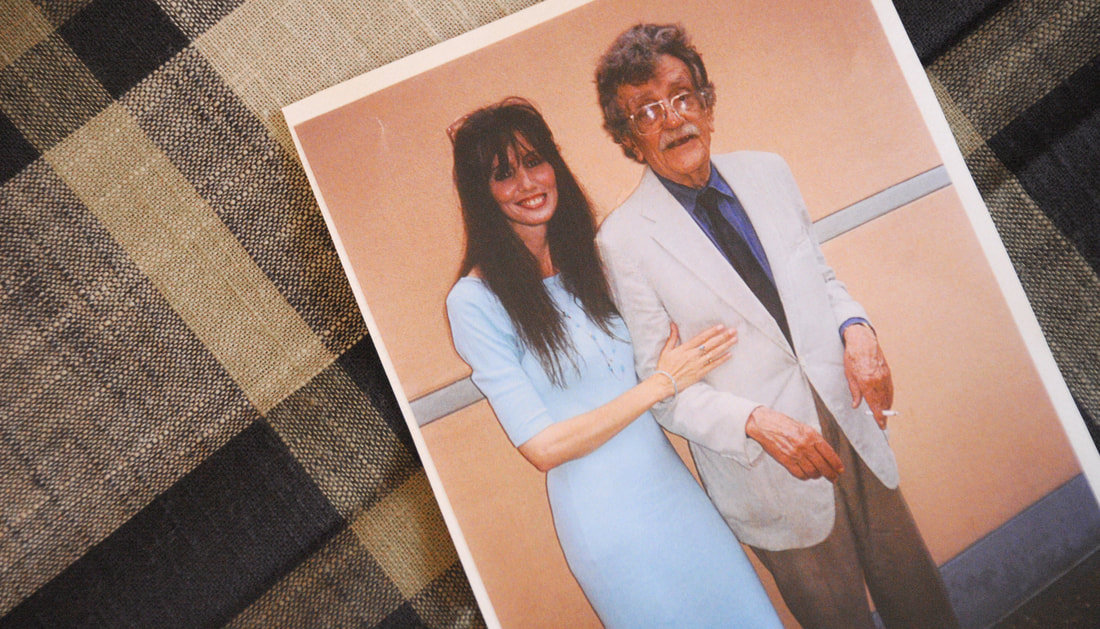 When I was younger, my mom–a writer and poet herself–would persuade me to tag along to poetry readings and writer critique sessions. Like most other teenagers, sometimes I needed an incentive (ice cream is my weakness), and also like most other teenagers, I took no interest in her circle of creative, observant, talented friends and acquaintances who also happened to be successful local and national authors. She’s “just” my mom, they were “just” her friends, and I probably just wanted to go home and chat with my friends on AOL Instant Messenger. This was the early 2000s, after all, and I was 16.

I unfortunately never got to meet Kurt in person, but you can imagine my surprise when the following year, while studying for a history exam, his name popped up in my textbook as one of the most influential writers of the last century. (“Say what?”)

Thankfully, the Kurt Vonnegut Museum and Library keeps its namesake’s legacy alive for those of us who never knew him personally. Imagine Kurt typing on the robin’s egg blue Smith-Corona 2200 typewriter in the museum’s lobby, and look at old photos, doodles, keepsakes and–my personal favorite–framed rejection letters Kurt received from editors who didn’t see any value in his work. The museum and library, a 501c3 nonprofit, also support language arts education through writing awards, exhibits and annual events for Banned Books Week. 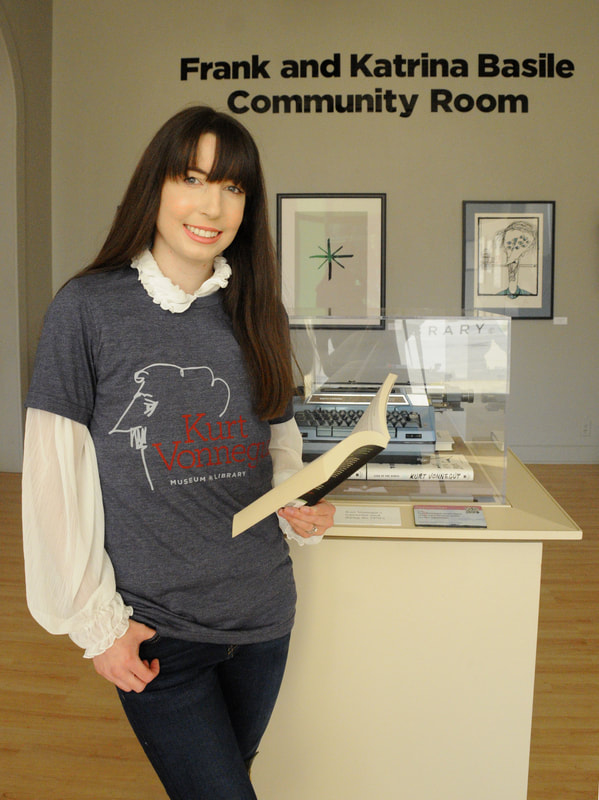 ​​Want to support the KVML’s literary outreach programs (and maybe also find the perfect gift for the bookworm in your life)? Starting today, the KVML store will offer holiday weekend discounts: 10% off Black Friday, 20% off Shop Small Saturday and 15% off Cyber Monday (with code GoodbyeCyberMonday). They’ll also offer 5 special combo packages on popular items, too, such as the soft blue KVML logo tee I’m wearing in the photo above. Here’s a peek at a few of my favorite gift ideas, including a Litographs infinity scarf with book passages, punny “Snow It Goes” holiday cards  and “Sun Moon Star,” Kurt’s children’s book telling the nativity story. 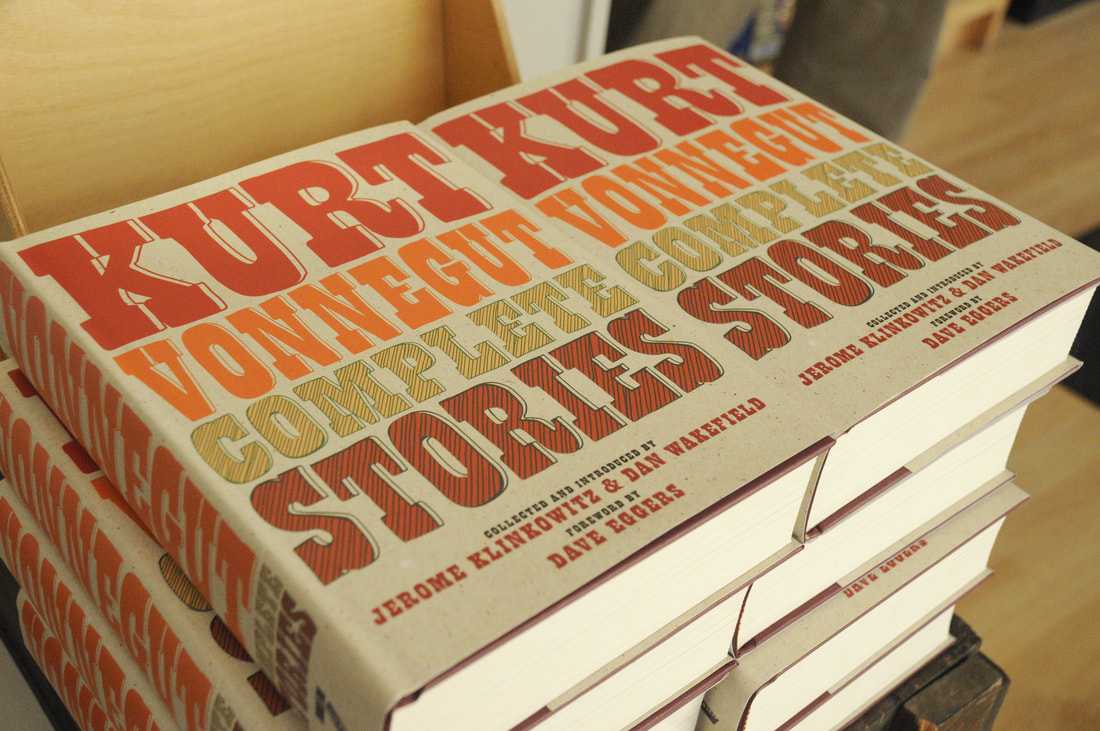 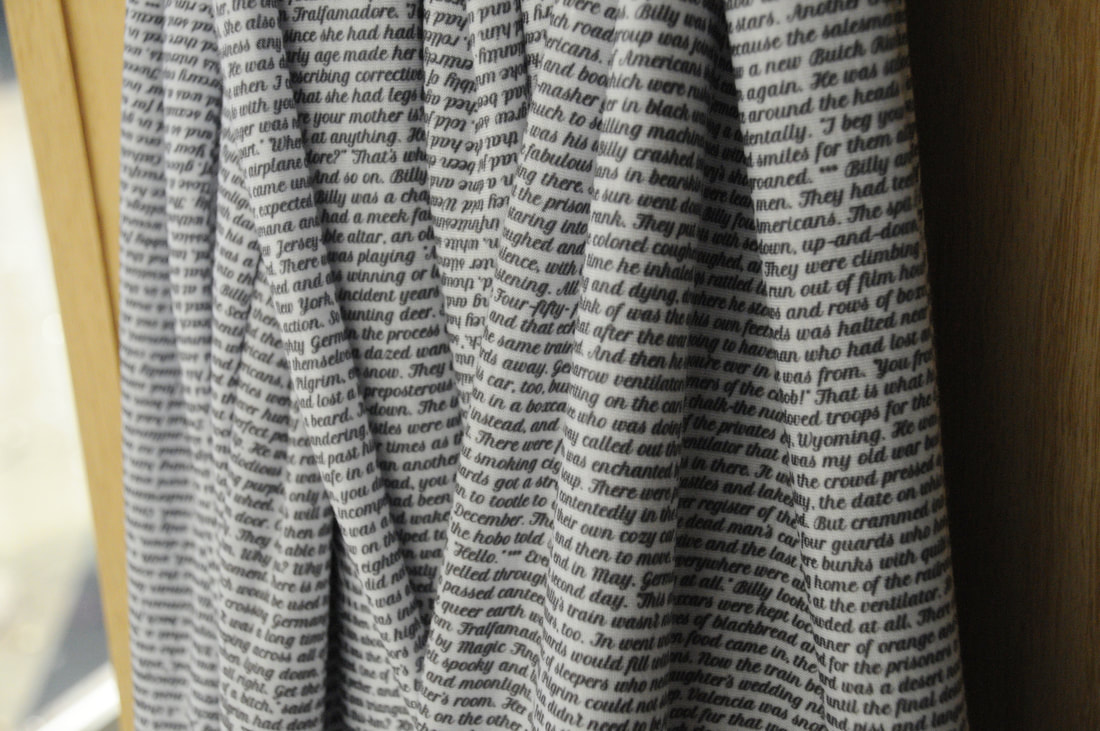 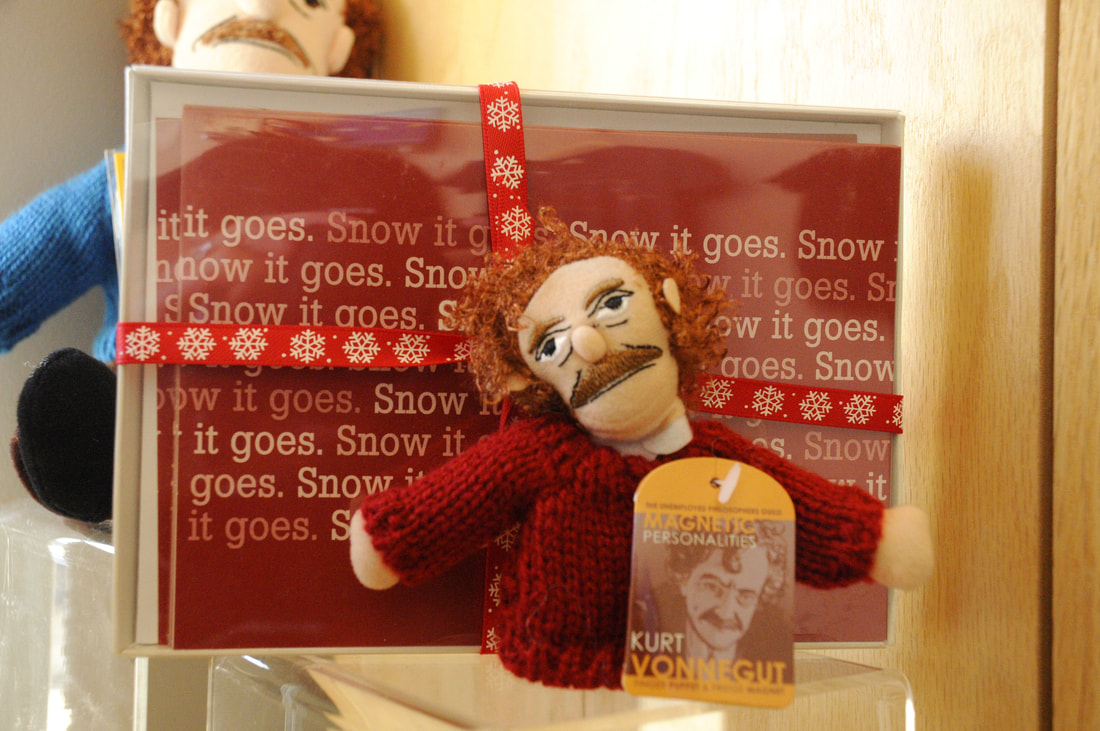